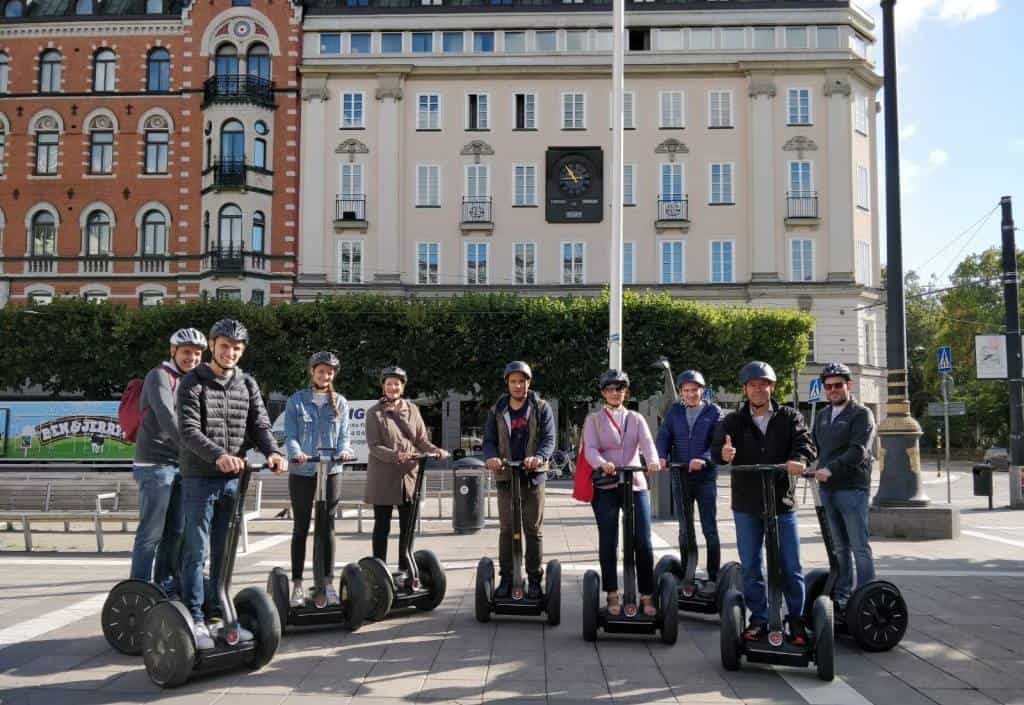 We have prepared a report for you dedicated to one of our Segway Stockholm tours! Check it out and join us next time – believe us, you will not regret!
The Knights’ Island
We have started out with the island Riddarholmen which is also known as the Island of Knights. Such significant buildings like the old Parliament and the National Archive and a lot of other were visited during our tour. The very last thing we did in the Knights’ Island was stopping in its western part and having awesome rest by admiring magnificent views.
The Stockholm Palace
The Stockholm Palace is equally beautiful in both night and day. In accordance with the opinion of both tourists and locals the Palace is extremely great at any time of the day and in absolutely weather. This place is a must-see one for any Segway Stockholm traveler who is deeply interested in Sweden.
The Royal Opera
Absolutely everyone in Sweden has some knowledge about the Royal Opera and nearly everybody remembers the year it was built – 1872. Don’t miss a good opportunity to see this gorgeous example of the local architecture yourself. It is a known thing that the Swedish architecture is unlike to the European. It makes a visit to the Royal Opera a perfect opportunity to see what tourists love in the architecture of Sweden.
Skeppsholmen
Each part of Swedish architecture is fine including the military buildings. Think we are wrong? Then join our Segway Stockholm tour and see yourself who is right! A lot of tourists often look at the island from distance, however it is worth going inside. You will be among the tens of outstanding examples of Swedish architecture.
The Royal Game Park
Are you eager to learn about how the Royal family amused itself? Enjoy the Royal Game Park and find out what the Royal family liked to do! Actually the entertainment park Grona Lund is not the only interesting place there, keep in mind lots of museums and galleries and other historical attractions. There is also a worldwide known open-air museum over there – Skansen museum!
Take part in our tours right now!