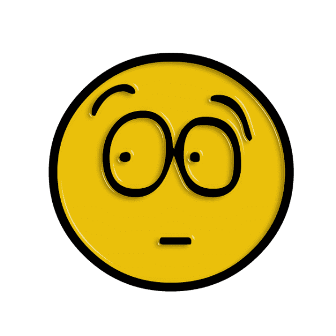 Oslo is probably one of the most underrated tourist destinations in Norway, with most people shunning the city sights in favor of the deep blue fjords and other natural attractions that the country possesses. It’s all well and good though. Norway’s landscapes are some of the best in the world. But missing out on Oslo means missing out on a great deal of Norwegian history and culture, with all its resplendence, quirks, eccentricities, and unique qualities that sets it apart from others.

Here are some five facts that you never knew about Oslo, which should probably move you into visiting and seeing this wonderful city:

The Tiger City With No Tigers

Oddly enough, Oslo is also known as “Tiger City” or “tigerstaden” among Norwegians, despite the nearest tigers being located thousands of miles away in the Asian continent. This moniker originated from the Norwegian writer Bjørnstjerne Bjørnson in his poem Sidste Sang, wherein he described a fight between a tiger and a horse. The tiger representing the “dangerous” city and the horse, the idyllic countryside.

Despite the slightly negative connotation, people in Oslo liked the term, so “Tiger City” stuck. There’s even a statue of a fearsome tiger located right outside Oslo Central Station that has been a popular sight for tourists.

Speaking of statues, there is a particularly interesting relief of a prostitute with a couple of men (popularly thought to be a customer and her pimp or sweetheart) by her side. This statue is located on the eastern facade of the Oslo City Hall, of all places. It represents the eponymous Albertine who was the main protagonist of Christian Krohg’s novel. It caused quite a scandal when it was first released in 1886 due to the nature of its story.

Oslo has always been called as Oslo since the Middle Ages (where it probably have originated from “Anslo” or “Aslo”), but there was a 300-year period in its history when it wasn’t called as such. After a fire ravaged the original settlement, King Christian IV of Denmark ordered another city to be built across the bay, which he named Christiania- after his own name. However, in 1925, people were questioning the idea of having a Norwegian city being named after a Danish king, so the original name of Oslo was restored.

An oft-quoted factoid is that you’re never 15 minutes away from the bush when you’re in Oslo. It might sound too fantastical, but it is true- Oslo is surrounded by Oslomarka, which is an untouched forest that surrounds the city. Oslo has also been chosen as the European Green Capital for 2019, in light of its achievements in green and sustainable development.

Akershus Castle is one of the most iconic and historical places in Oslo. It is an important military site, and is currently being used as the headquarters of the Norwegian Ministry of Defense.

Now, if you’re thinking that you might have seen the castle somewhere before, you might be right! The castle is so iconic that a replica of it has been constructed in Walt Disney’s World in Florida, US.