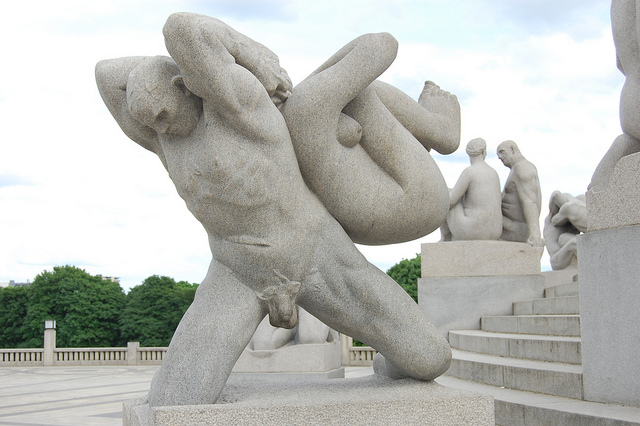 A visit Oslo would not be complete without a visit to the city’s Oslo Museum. One should note that the Oslo Museum in effect refers to four separate museums and the park in which they are located. The park itself is located at the very heart of the city, is a popular tourist destination. A leisurely tour of the park and its museums will definitely round up a visit to this famous city nicely.
The extensive beautiful park is known as the Frogner Park while the four museums found within it include the following:-
i. The Oslo City Museum
ii. The inter-cultural museum
iii. The Labour Museum
iv. The Theatre museum The Oslo City Museum
This museum Oslo was formerly the Frogner Manor, an estate house located on the south most point of Frogner Park. The fabulous estate had for a time belonged to the church, then to wealthy officials of Kristiania, before it was finally sold to the municipality which became Oslo municipality. The manor house now hosts one of the largest collections of paintings in the Norway. The paintings depict various scenes in the development of the city of Oslo. Some of the pieces feature scenes of various commercial activities that occupied the residents of this ancient city in days long gone. The café Mathis found at the museum offers a place for relaxation and serves the weary tourists with coffee, tea, a wide assortment of cakes, vegan and non-vegan sandwiches and ice cream in any desired flavor. The Intercultural museum
As the name suggests the Inter-cultural museum documents the various origin of past and present inhabitants of the city and Norway as a whole. Its extensive collection of visual art focuses on the history of the different emigrants’ and the resulting cultural changes the emigrants caused. This museum is located at an old refurbished police station located at Gronland not very far from the Frogner Park. A visit to the Intercultural museum is will help anyone to put into perspective the remarkable cultural diversity of the early inhabitants of mainland Europe and the subsequent cultures that resulted from the interaction between these early peoples. The Labour museum
The Labour museum host art work commemorating the Oslo’s industrial past. The paintings depict various scenes of factory establishments, the workers at the factories and the pioneers who were the founders and innovators of the manufacturing processes in use at the time. A visit to the labor museum includes a tour to an apartment once used by workers in this past era. The tour aims to enlighten tourists of the challenging living conditions which past generations of Oslo residents had to endure in the daily struggle for a living. A visit to the Labour museum is guaranteed to give anyone much needed food-for-thought. The Theatre museum
The Theatre Museum is also located in the Frogner Manor house alongside the Oslo City Museum. The Theatre museum contains an extensive collection of art that aims to depict the rich history of Christiania theatre from 1830 to 1900. It includes the costumes, the theatrical backdrops and the props used in the performances that the theatre has put on. The Frogner Park as a museum
The Frogner Park itself is a museum that hosts the world largest collection of sculptures by one artist. In 1919, the famous Norwegian sculptor and artist Gustav Vigeland approached the Oslo municipality with the proposal to donate his entire collection of artwork to the city. This was if the city obliged in building a studio for him to work in. The city accepted his proposal commenced to build a neo-classical building that was to house Gustav’s studio. In return the artist donated his entire artwork collection which consisted of sculptures, wood-cuts, hand-made sketches, photographs, letters, writing and books that made up Gustav’s personal library. Most of Gustav’s sculptures were placed at various locations in the park, while the rest of the collection remained in the main building that has his studio. These sculptural pieces can be quite provoking when seen as individual pieces. However when viewed as a whole the collection of sculptures scattered in the entire park create a sense of harmony, giving the park a unique wonder not to be found anywhere else. Gustav’s studio apartment found on the third floor of the main museum building is itself part of the museum and offers a look into the mind of a creative genius. 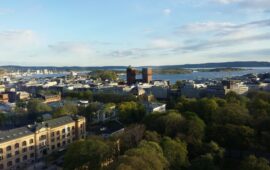 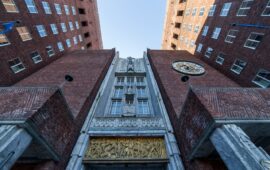 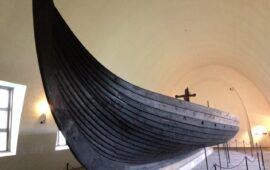 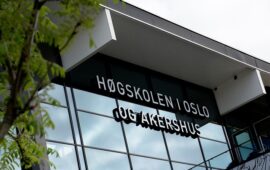